Barriers to us all… Each other & ending suffering 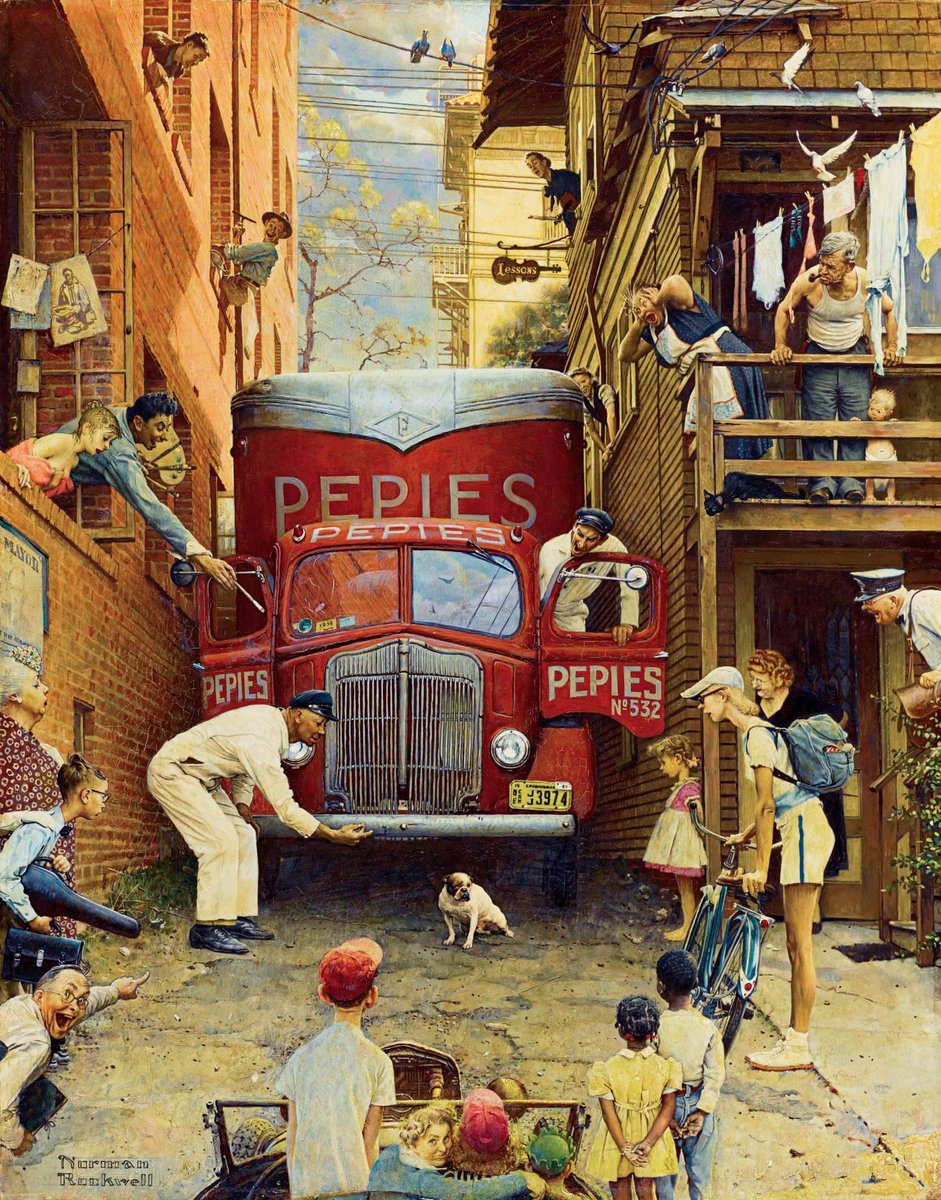 I have been seeing pictures of what is happening in the world. Some of it ridiculous – surrounding belief systems and political posturing. Other things happening are totally out of anyone’s control… like weather events or geological happenings (though some people would like to assign a message from a deity to it, toward groups of ‘others’). But all of the outcomes are the same, these outcomes affect people… human beings… souls of great value… like you and me, yes, you and me.

I want to share a picture I saw a long time ago and then again recently on twitter, by a photographer Kevin Carter in the Sudan, his regret was to capture the moment, then do nothing… as most people do. 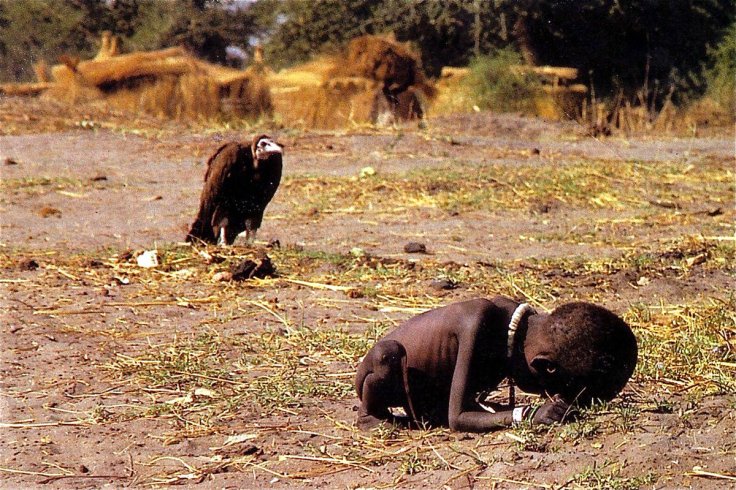 Obviously, someone had this child. Someone also cared about this child, due to the necklace around her neck. But now, there is either no one to care, or the whole of the family unit needed care and intervention at that time. Death did come to her. I looked it up, Kevin died of depression stemming from this photo shoot connection.

Yes, none of us want to see or be reminded that this happens. But it does on a daily basis. And it seems like this is the norm. BUT why, do each of us find this disturbing or even react to this photo, if it is anticipated to be NORMAL, to be accepted in life? Hey, it is NOT normal, no matter who you blame, what you believe or who’s responsible. Yeah, remember, regardless how well you think you live life or how good you think you are in what ever belief system you are involved in… your life is rewarded with death, just like this little girl.

NOW that we got the obvious out of the way, I want to ask a question. And suggest a change. Talk about the pain of transition. And what is possibly on the other side, where we all need to be on the same page… a page where there is no suffering, that is suffered alone anymore.

Like anything there is a cause and effect in change… some people would say there is a price or cost to any change. People are even afraid of the cost, especially when they do not see it as their problem or they believe that it is really someone else’s responsibility. Like which has already been said here… that suffering of others is normal and should not be seen as unusual.

BUT for a moment. In this moment. Let’s think, think that there is a choice. Think that it is OUR responsibility.

Cost can cause people to fear… loss of money, personal possessions, what makes us happy. But would that happen? The loss that is feared if we actually acted? Are we living a lie?

Back to responsibility. The Norman Rockwell picture at the top of the page shows a neighborhood reacting to a bulldog in the road that caused a ‘Road Block’ to daily life and making a living (money). Some were angry, some were upset about what was happening, some amazed… but one person saw the problem, took responsibility and did a commonsense thing. Solving the immediate problem. Now life’s problems are not all that simple, there are many factors/variables, but the point is the immediate suffering was ended. The cost was maybe time, maybe money, maybe ridicule… but the problem was solved. That problem an end to suffering and possible suffering.

You maybe saying, based upon your belief and your own personal experiences with ‘others’ — and your own suffering…. it boils down to how does it BENEFIT me, if I do take on responsibility to end suffering?

That sounds unfeeling… but that is the nature of decision making… what is the benefit to you? If we are to get anywhere we must address this.

The benefit would be — that you are included in this process. That YOU receive help when needed to anticipate suffering. That you are seen as an individual valued in the decision making process. That you can use your skills to create the answers to the problems. That your life is transformed from mundane ‘fight’ for survival every day working for a living… into creativity and having what you need and hope for to live a meaningful life. Each person doing this, just like you.

OH! the argument is it can’t happen that way… not enough resources… that is not politically correct… been done before, etc.

If it had been done before… it would have worked. Then too remember life ends in death… what do you have to loose?

Benefit would be your life has meaning and you would be involved in real innovation, in shaping life, in travel, in meeting people, in satisfying work, in creativity. AND you would not have to see pictures of suffering people anymore, because there would be answers.

OK, so I jumped ahead to the good stuff… the cost and the benefit.

The Blog is free to read, but Reader/Fan support of Anna Le Doux is very, very much appreciated!

BUT how do we get there?

It will take drastic changes in view points and personal focus. And regardless your political leanings, personal opinions, personal motivations or your belief system… we would all have to agree that it is OUR responsibility and we must end suffering.

Now… one more thing stands in the way.

It is a belief about ‘others’…. that they are no good, that they will take advantage of the system, that they will not be grateful, that you just hate people who are that way… so you will not waste your time on them. OUCH…. did you not see the photo that Kevin took and what happened to him?

THINK… take a breath this moment. REALLY. If people had what they needed (there are enough resources) if they had what they needed and felt that others really cared for them and that each person had an equal say… they would eventually calm down and work with others in a genuine way… in the way they can with their skills and gifts. If the path way to meeting needs helped people be creative and got them going on projects… everyone would work towards these diverse goals. Each person could do what it is they do, each day, to support the whole and end suffering. And no this is not a failed political system done many times before (an excuse label to do nothing).

If people are treated right, they will learn and feel they are able, to treat others right too.

Yes, there is evil in the world. But not all the world is that way (another excuse label to do nothing).

Imagine the innovation, the productivity, the cities, the farms, the communities that would arise from meeting the needs of Humanity. Isn’t that the point now that business is supposedly doing? But for a price of money… remember the little girl in the photo did not have a dollar for a dollar meal?

I throw this out there in real language… to those who listen will. Those who fear loss of potential money, possessions and their “earned” place in life, those who are angry, those who hate… will not listen. BUT there are enough people who may and will listen. And instead of just running over the dog with the truck, to get on with making money, while others watch and shake their heads… someone takes responsibility and takes action. To end suffering.

I would love to use what I know, my years of experience, my education.. to work to end suffering… if I knew someone had my back, that my needs were met. That I had health care, that I had food and other necessities, that I could take a vacation, that I could write, paint, garden and this would be helpful too in ending suffering. That I would not be expected to be a rocket scientist or be rich to make a difference — to have a say in my community. To just be me and bring to the table what I have to offer. This view point is freedom to end suffering of ‘others’.

How do we get there? Start by seeing it as our heart – felt responsibility to do something. THEN we take small steps. Each choice we make, we make with the purpose of ending suffering. If a whole lot of us did this – the necessary change would happen. WE would have each other’s backs. And other little girls, regardless where in the world they live, would not have to die of hunger, neglect, cruelty, homelessness, war, disease, lack of healthcare, lack of human services, slavery, discrimination… I could go on and on. What if that little girl was to discover the cure for cancer or invented an energy source or cared for other children like her? Well she can’t she is dead… a long while back. How about you? What can you do? What is your potential? What are the barriers to your greatness happening? Where are you going in life? What could others be doing for you? Think about it. Maybe call your government representative, congressman, senator, etc.

It would work… it is beyond what we are doing now, which is not working, look at the news. We could do this…

Or you can call me radically crazy.