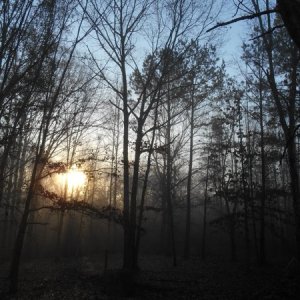 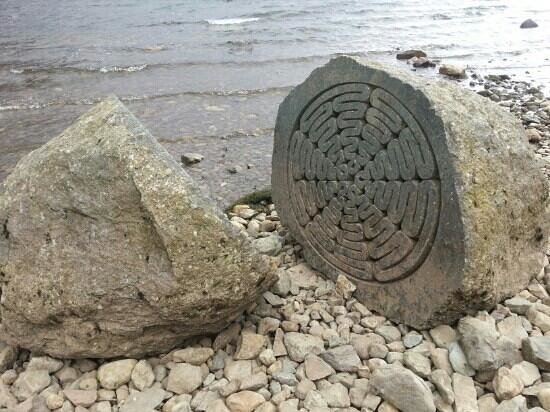 Last Chapter of Book I…

Horus and His Companions The Sun The Light & The Moon…

Martin handed me my cat.

Marty said, “Petre, wishes you well Princess. Now I am off to find Tyren, make her feel comfortable, answer any questions before we get back here. You worried?” Martin got as close as he could without touching me. He looked down at my chest, then to my feet. I was thankful he did not touch me, like Alec said it was rough right now.

“Marty, thanks for your help. Thanks for what you are doing right now,” I said to him in a whisper.

“Gemma, do you know what you will do with us?” Martin asked. I felt he was giving me space, he was shielding his feelings from me.

“Don’t do that, Marty. You know what I will do. Nothing Marta will say will change my mind… not anyone else either. I want this, yes I know the options, yes I know the possible pros and cons… I had time to think in the other world too,” I said back to him. It was then I felt a flood of relief coming from him. I heard his breathing even out. Gods, he had been holding his breath literally!

“Good, Good. I will let you give this decision to others… not that I think you will change your mind or anything. The guys need to hear it from you, like I just did,” Marty said. “Hey, see you in a bit with Tyren.”

Now if everyone else was that easy to convince of my decision… I thought.

Mark said, “Gemma just put the cat down. It will not run off. Even the cat is affected by the unity. It should find a place to curl up here soon to sleep for a while.”

I put the cat down. It ran into the small kitchen in the apartment. I am sure someone maybe even Gretchen had placed some food and water out for that little beast.

Gil was talking with Mark. Brad was sitting on the couch watching me, he had a smile on his face. He looked relieved. Maybe he felt what had came off of Marty a bit a go, that relief. Brian was going in and out of the bedroom, apparently getting things laid out for us.

“Gemma, you want to shower now?” Brad asked. He did not get up off the couch.

I saw Gil look over at me. Mark stopped talking, stood there smiling.

“Yeah,” I said. Gods… I felt relieved and over-whelmed.

I heard the door from the hallway open. There was an alcove with a sheer curtain over it, shielding the hallway from a direct view of the room. The curtain was pulled back by Martin, with Tyren on his other arm. She was nude except for that ceremonial silver dagger on that slip of brown leather, which hung low on her hips. I felt Tyren was pretty serious. She was going to ask me something, it was what I was prepared to say too.

Tyren walked over to me. Then everyone was standing around me. I felt the heat, I felt a bit defiant for no reason, I felt certainty. Gods I had no idea how this would all turn out. I did know Alec would help me… I just hoped if I did make a mistake he could do something about it. I remembered oddly Lucia said he was very good at doing that… that is why she had hired him. I knew she had not exactly hired him, they ended up mating.

“Gemma, Martin just told me something. I was not surprised though, I remember you talking to me about it. I gave you my most honest answer to your question back then too,” Tyren said, her head tilted again toward me in Lyran endearment.

“Yeah, I remember. We were out hunting in the woods near the Charc Waterfalls. You had asked me about Brad and the Promise. You had warned me about getting too involved. You found out that I was in over my head by then…” I said.

“Yes. I remember that day well. The swim we took. The tenderness. Our discussion about Gil. You showed me the bigger picture, that none of it mattered unless Alec could do what he said he could. Then you would talk to me, let me help you decide,” Tyren said. Gil reached out to her, placing a hand on her shoulder. Tyren answered that move with her hand up upon his hand.

“So, here we are Tyren. I will allow you to tell me what you think. What you hope for. This does involve you, since it involves Gil,” I said. Gods, this is rough. I am just a human here, not with the advantage of reading anyone clearly.

“Explain more exactly,” I asked. I was ready, as ready as I could be to hear.

“That you should accept for all of us the fact you will be Aquaeous. That you would bring Odian magic into our world. That is a given now, Queen Lucia released great energy over us at her death. She protected our world from the dark ones’ Queen. I say, you must do this thing or you will never be happy. I have not been off our world, since before the war. I have not, I swear been influenced by any of these. I asked my question of Martin here, he said you had a decision to make, that you were free to make it as you wish. Princess Gemma, I support you to be true to yourself and to us,” Tyren said. I saw her eyes were misty.

“Clarify, Tyren, for me, tell me plainly what it is you want from me? What do you hope for?” I asked. I felt a lump forming in my throat.

“I want you to take on the nature of your mate Brad. I am willing to do that same for you and Gil. I have been thinking too. The Promise would be of great value to our people, their wellbeing. With out the Aquaeous, without Alec and Lucia we would all be dead. We have life. I just want to share in your happiness. I swear by the Gods,” Tyren said. Gil had her in his arms. OH MY God… She was willing to take on the change within her own body too. Where did all this love come from. The worlds had truly changed. Even Tyren…

I turned back to Brad and Brian who were standing to my right. “Hey, I need a shower, I need to talk to the both of you. Let’s go…” I said.

Mark and Martin had their arms around Tyren and Gil guiding them over to the guest bedroom of this apartment of mine. I knew they would be watching over all of us. I also felt Alec in my chest. He was being calm and reassuring.

I had Brad by the upper arm, to steady myself, the heat was becoming unbearable. Brian was opening the door to the bedroom. It was all I could do to focus, my emotions were everywhere. I was home. I had made a decision. Political suicide, I did not think so. Wrath from my brother Vilmos, I would take it. I also had Glenna to smooth things out for me. I had my family right here.

Brad took me into the bathroom, where Brian had made the temperature warm for this human predicament.

“Gemma, do you think it will be that bad between you, Vilmos, your Father and Mother… your government?” Brad said, he was pulling off that damn vest, then the t-shirt off over my head. Brian was unbuttoning, then unzipping the jeans. I kicked off the crocs I had been wearing to get out of the jeans and underwear. I felt the chill. Then I felt the longing to be touch, to be looked upon, to be felt and to feel my lovers.

“Brad, it doesn’t matter. Alec and Glenna can negotiate me out of trouble… I am thinking. I do not make any sacrifice I will regret later, if that is what you are worried about. Do you want me?” I asked. He stood there staring down at me. We were right where we had been headed for since I became aware of him and me.

“Do you want anything else from me?” Brad said. I watched his skin flush between pink to pale and then back. I could only imagine what he felt like as an Aquaeous in heat. He was a member of the Promise, very strong concentrated on our purpose. He was tender. He was everything he had given me before my death, everything he had promised me. He had waited for me. Worked night and day for years with me in his head… he, the rest of them and Alec.

“I only want you to have me, to want me as you will. As you have always wanted me. I want you to accept me as I am, then as I become for you and us,” I said. I felt all of that too. I had tears running down my face. I looked over at the door to see Alec. Damn I even got him here with what I am feeling. I also saw Marta nude standing in the door, behind her Glenna with Jacques.

There was a flash of light, unwrapping from around Lucia right beside Alec.

“Gemma, you ok? Soon you will transform. You must or the torment will continue. I know. I know you already made your decision. It doesn’t matter about politics, I will freely take any blame or be the center of any conspiracy. I just want you to get this done. I am ready too to share what I have within me with you,” Lucia said.

“Yeah, I know what you mean,” I said. My breathing had evened out. Brad was pulling me close, Brian had the water warming up.

Alec motioned for the group to go back out into the common area. Alec smiled.

“Gemma I am ready too, just as Lucia… you three get done, then we have some work to do. I will talk with Marta. You know she will still have to ask you the questions? That you do this of your own free will? That you do not wish to wait, that you will not be taking back upon you your Lyran form?” Alec said. He sounded ominously formal, like a diplomat.

“Yes, I do, I take full responsibility for my actions. Even in heat, I know exactly what I am doing. I have dreamed of this moment. I will do this. You may need to be asking this question of Gil and Tyren too, Alec,” I said. I felt heat and chilled all at the same time.

“Yes, I felt that too. I will do that for us Gemma,” Alec said. He walked over to the door then left us in the room alone. Alone to begin our lives again, together. Love so much love, something I would bring to our worlds, because of Lucia and Alec.

“You know, who Alec is, Gemma?” Brad said. He appeared as stressed as me, his body betraying his exact intentions for sex with me right then.